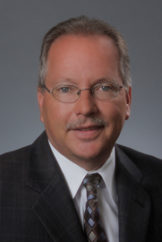 Dennis is the former Chairman of the Nevada State Gaming Control Board (GCB). His practice focuses on gaming, administrative law and government affairs. He served as a Member of the GCB from 1998 until the end of 2010. Dennis was Chairman of the GCB for the last 10 years of his tenure, the longest service in Nevada history as Chairman. He was appointed to the GCB by three different Governors from both political parties. As Chief Executive Officer of the GCB, he executed daily operations of the Board including the oversight of approximately 500 employees, a $42 million dollar budget and offices in five Nevada cities. Dennis represented the GCB regarding all gaming matters before the executive, legislative and judicial branches of government at both the state and federal level. He also served as Chairman of the Board’s Audit Committee that was responsible for full scope compliance and revenue audits for Nevada casinos.

Prior to his appointment to the GCB, Dennis was Chief of the GCB Corporate Securities Division, which regulates the publicly traded gaming companies that operate in Nevada. He has conducted extensive analysis of federal and state securities laws, finance and merger and acquisition activities as they relate to public companies.

Previously, Dennis also served as the primary research staff attorney for the Judiciary Committees of the Nevada State Legislature.  His work included substantial research, analysis and testimony regarding public policy issues. He conducted similar work as a Staff Associate for the National Conference of State Legislatures at both the state and federal levels.

While Chairman of the GCB, Dennis had direct oversight of the Nevada Gaming industry during an unprecedented economic boom and bust.  During the mid to late 1990’s he was involved in the investigation and analysis of the largest mergers in the history of the gaming industry.  He worked closely with federal regulators from the U.S. Department of Justice, the Securities and Exchange Commission and the U.S. Federal Communications Commission in the analysis of the impact of these mergers from a legal and public policy viewpoint.

Dennis was responsible for overseeing and regulating rapid advances in technology within the gaming industry including the advent of ticket-in, ticket-out technology and server-based gaming.

He has worked extensively with governments from other states and countries regarding best practices in the gaming regulatory arena. Dennis’ current clients include some of the largest casino companies and gaming device manufacturers operating in the world. He also represents investors and entrepreneurs involved in gaming as well as clients who are providing new technology related to both land based and internet gaming including service providers and gaming data hosting centers.

Dennis currently serves as an Independent Member or Chairman of the Regulatory Compliance Committees of three of the largest publicly traded gaming companies doing business in Nevada and Internationally. In this role, he provides compliance advice to these companies General Counsel and Board of Directors.

Dennis is active in community organizations and has coached youth sports.

Mr. Neilander was named Gaming Regulator of the Year by the International Masters of Gaming Law in 2007. He was named one of the 50 Most Influential Businessmen in Las Vegas by the Las Vegas Sun Newspaper in 2004 and 2008.

He currently serves as a consultant to other gaming regulators on gaming matters. Mr. Neilander served as a member of the Singapore Casino Regulatory Authority Advisory Committee with former regulators from the United Kingdom and Australia. He also served as the U.S. advisor to the Alderney Gambling Control Commission regarding Internet Gaming in the U.S. Mr. Neilander also serves as an advisor to the Nevada Council on Problem Gambling. In 2019, NV Governor Sisolak nominated him to serve on the Governor’s Advisory Committee for the Establishment of a Cannabis Compliance Board. The Advisory Board drafted legislation which was then sponsored by the Governor’s Office and enacted by the Legislature that created a new Cannabis Control Board. In 2020 the Governor appointed Mr. Neilander to serve as a member of the new Board. He is a frequent author and speaker on gaming related matters.