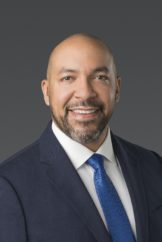 Richard has developed a strong reputation in our community as a tireless advocate, and he is recognized as a creative practitioner, skilled negotiator, and a zealous former litigator with thousands of hours of courtroom experience.  He brings a result-oriented commitment to every matter from the very outset, and his ultimate goal is to help each client navigate the challenges they may face in business or the dynamic real estate market.

Richard earned his Bachelor of Arts in Sociology from the University of Nevada, Reno and went on to obtain his Juris Doctorate in 2013 from the Northwestern School of Law of Lewis & Clark College in Portland, Oregon. During law school, Richard interned at the Washoe County Public Defender’s Office and served as a judicial extern to the Honorable Ann Aiken of the United States District Court for the District of Oregon, assisting in complex civil litigation matters, including civil rights actions, ERISA and DIB related actions, and excessive force litigation.

Prior to joining Kaempfer Crowell, Richard was a trial lawyer and associate attorney at an esteemed law firm in Reno, Nevada, where he practiced in the areas of family law, divorce, and domestic relations.  Richard also previously served as Deputy Public Defender for the Washoe County Public Defender’s office in Reno, Nevada, handling a myriad of complex, major felony criminal cases.

Before serving as a public defender, Richard proudly served as a law clerk to the Honorable Scott N. Freeman of the Second Judicial District Court in Washoe County, where he gained a wealth of invaluable knowledge and played a critical role in the judicial decision-making process.

Richard is a member of the Washoe County Bar Association and continues to provide pro bono legal services.

A Nevadan for over 20 years, Richard prides himself in his devotion to his community and alma mater.  He is a former executive board member for the Nevada Alumni Council, which is a volunteer governing body of the University of Nevada, Reno Alumni Association, and continues to volunteer for the University of Nevada, Reno’s “LiberalArtsFIT” program.  Richard currently serves as a volunteer in a civilian task force committee affiliated with the Washoe County Sheriff’s Office, which is designed to offer local citizens an opportunity to study and review use-of-force cases and internal investigations pending in Washoe County.