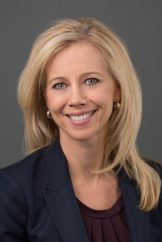 Shelly is the Associate Director of the Legislative Affairs department and represents a diverse group of clients before the Nevada Legislature and Northern Nevada local government entities. Shelly brings to the firm a background of lobbying, government, election and campaign finance law, real estate, as well as public and legislative affairs.

Prior to joining the firm, Shelly served as the Elections Officer for the Nevada Secretary of State, assisting the Deputy Secretary of State of Elections with the management of the Elections Division. Her duties included enforcing compliance with Nevada’s election and campaign finance laws of candidates, public officials and political action committees (PACs). In addition, she oversaw the State’s legislative bill reporting system, statewide petitions, legislative advocacy, Contributions and Expenses (C&E) reporting, PAC registrations, candidate filings and was a key member of the election night returns and certification team.

A Reno native, Shelly has been involved with various organizations such as St. Vincent’s Dining Room, Habitat for Humanity, Junior Achievement, serving on a PTA Board with the Washoe County School District and serving as Parliamentarian as a board member of the Sierra Nevada Chapter of National Charities League.

Shelly has taught at the University of Nevada, Reno and is a graduate of both the Nevada Women’s Fund Leadership Development series and Rapport Leadership International.