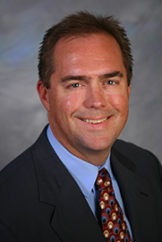 Bob Gronauer is the Managing Partner of the firm and is a senior member of the firm’s Government Affairs Department. His practice primarily focuses on zoning and land use law in Southern Nevada.

For almost twenty-five (25) years, Bob has successfully represented a number of clients to obtain entitlements to expand the gaming enterprise district for hotels and casinos in the Las Vegas Valley.

When Bob is not representing clients developing master planned communities, he is representing various development industries to obtain zoning and land use entitlements.  Bob has represented many public and private residential builders since 1996.  During this time he has entitled hundreds of single family residential subdivisions and multi-family developments.  In turn, this represents about several hundred thousand residential units that Bob is responsible for entitling.  Besides representing residential developers, Bob has represented hundreds of large and small commercial and industrial developments throughout Southern Nevada.  In addition to negotiating multi-billion dollar agreements, he has drafted numerous pieces of legislation that has been adopted by local governments to advance development in the community.

Bob is a regular speaker before homeowner associations, various trade and industrial groups. He has been a guest speaker at the UNLV Law School and as a CLE Instructor for real estate and land use classes.

Bob is a current member of the Clark County Bar Association and a former member of the Southern Nevada Home Builders Association and Treasurer for the Las Vegas Rotary Club. Bob is routinely asked by local governments to serve as a member on various committees that review and discuss amending current legislation and ordinances for the development community. Currently, he is a member of Vistage.