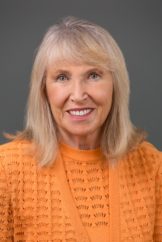 Jann guides clients throughout the country in enforcement of creditors’ rights, bankruptcy and insolvency matters. She was the first woman to serve on the Nevada Board of Bar Governors, the body which oversees all licensed lawyers in the state, and is the first of only two lawyers in the state of Nevada to be inducted into the American College of Bankruptcy, an organization of approximately 800 elite bankruptcy professionals worldwide.

Working with secured and unsecured creditors, creditors’ committees and trustees, she helps navigate the complications of business insolvencies whether in formal bankruptcy proceedings, reorganization, liquidation, litigation, or in informal out-of-court workouts. Whatever the nature of the issue, she creatively and proactively develops the most appropriate business solutions based upon client objectives.

Before state, federal and bankruptcy courts, Jann assists creditors in protecting and enforcing their rights, interests and remedies. She negotiates transactions contemplated by plans of reorganization and facilitates “Section 363 sales” (or sales free and clear of interests) in bankruptcy proceedings and receivership actions.

Well regarded in her field, Jann has written articles on various bankruptcy issues and speaks before a variety of professional groups and local, state and national legal associations. She has been an active Nevada Supreme Court Settlement Judge resolving many appellate cases since 1997, and as a private mediator with focus on family law and prenuptial agreements.

Jann is a Trustee and Chair of the Driving Force Committee of the National Auto Museum, The Harrah Collection. She was also Board Counsel to Commercial Real Estate Women (CREW) for over ten years. Jann was formerly a board member of the American Cancer Society, counsel to Theater Arts Coalition, Trustee of the Boys and Girls Club of Northern Nevada and President, Sparks YMCA.