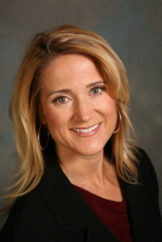 Jennifer Lazovich is a key member of the Firm’s land use, zoning and legislative affairs practice, where she represents clients before local governmental entities and the Nevada Legislature.

With close to twenty years of experience in the area of zoning, land use planning and government affairs, Jennifer provides counsel to large casino-resorts, residential, industrial and commercial developers, as well as educational institutions and other prominent businesses in Nevada. She regularly appears before county and municipal commissions, councils and boards on planning, zoning and building matters where she is recognized as a talented and dedicated attorney. Over the years, she has negotiated numerous development agreements and land use entitlements for Nevada’s top master-planned communities, industrial and commercial developers and gaming companies.  Jennifer also has substantial experience with franchise agreements, including representation of Southern Nevada’s solid waste franchisee.

Prior to joining the Firm, Jennifer worked on the hill in Washington, D.C. and as an intern in the elections division of the Nevada Secretary of State’s Office. While in law school, Jennifer gained trial experience in the juvenile division of the Los Angeles District Attorney’s Office.

A native Nevadan, Jennifer is a 2004 graduate of Leadership Las Vegas, an exclusive program through the Las Vegas Chamber of Commerce devoted to strengthening and educating Southern Nevada's leaders. As part of Leadership Las Vegas, she was instrumental in expanding the operations of the Huntridge Teen Clinic, a nonprofit medical and dental clinic that serves uninsured or at-risk youths ages 12 to 18 at no or extremely low cost.

She has provided legal services for Nevada Partners, a community-based, non-profit organization that provides education, employment and training services to youth, adults and dislocated workers. She also proudly represented The Smith Center for the Performing Arts and she provides pro bono legal services for The Animal Foundation. Jennifer is the past Chair of Public Policy for the Southern Nevada Affiliate of Susan G. Komen for the Cure. She also is a current member of the Prospector's Club in Reno and a board member of the Nevada Preservation Foundation.

Jennifer is a member of the State Bar of Nevada and the Clark County Bar Association. She has been a panelist on land use related issues for the Lied Institute for Real Estate Studies and a speaker at UNLV.  She has also presented at numerous continuing legal education courses and has presented and published articles on issues covering zoning, land use planning and the Southern Nevada Public Lands Management Act of 1998. Publications include "Land Use and Zoning in the Las Vegas Valley" and "In the Valley, Land is a Rare Commodity," both of which appeared in the Communiqué©.