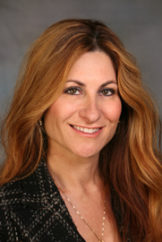 Lyssa has successfully argued a wage and hour class action before the Nevada Supreme Court which prevented a large hotel casino (and others similarly situated) from possibly owing back overtime compensation to banquet servers for years 2005-2009. She also successfully defended public and private employers in labor arbitration proceedings since 2005. Lyssa represented local interveners and major political party in Bush/Kerry election litigation. She defended the constitutionality of Nevada’s Standing Commission on Election practices before the Ninth Circuit Court of Appeals and the Nevada Supreme Court. Lyssa was also successful in representing the Metropolitan Police Department and local real estate developers in administrative proceedings before the Department of Labor and Bureau of Land Management. Lyssa represented a waste management company in negotiations with local municipalities concerning the company’s exclusive franchise agreements for waste hauling and disposal. Lyssa undertook the defense of the company and the municipalities in a federal challenge to the constitutionality of the franchise. In addition, Lyssa Litigated a legal malpractice action that was successfully defended through two appeals to the Ninth Circuit Court of Appeals and a Writ of Certiorari to the U.S. Supreme Court.

Lyssa is a past member of the American Bar Association's Service to Seniors Committee and has also served as a member of the State Bar of Nevada's Continuing Legal Education Committee. Lyssa provides pro bono services to a variety of nonprofit organizations and supervises associates in their representation of pro bono clients through Clark County Legal Services. Lyssa also volunteers her time as a Little League coach and team mom.

Lyssa is a member of the Clark County Bar Association, Defense Research Institute and Association of Trial Lawyers of America. She was also selected from more than 350 applicants as one of In Business Las Vegas' 40 young business leaders under age 40 who have distinguished themselves in their profession in 2007.