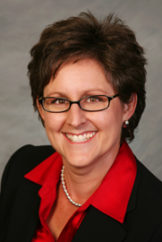 Maddie has extensive experience in public and legislative affairs, state campaigns, and government service. From November 1992 through October 1999, Maddie worked as the primary legislative aid to the Chairman of the Senate Committee on Judiciary in Nevada.

Maddie also served as a Senate staff member in Carson City during the 1993 through 1999 Sessions of the Nevada Legislature, working as Committee Manager of the Senate Committee on Judiciary.

In October 1999, Maddie joined Kaempfer Crowell’s legislative team and she now represents a diverse group of clients as a lobbyist, research analyst and legislative administrator.