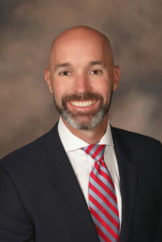 Ryan represented a large group of real estate investors in a $140 million dispute over 50 acres on the Las Vegas Strip; he defended several high-rise condominium developers in purchase contract litigation involving hundreds of buyers and over $150 million in earnest money deposits; and he represented a seller in an action where a buyer sought to rescind a $150 million asset purchase agreement. Ryan also has significant experience in alternative dispute resolution. He has represented clients in nearly 100 mediations and arbitrations. Ryan has handled appeals in the Ninth Circuit Court of Appeals and before the Nevada Supreme Court. He also serves as the Honorary Consul of the Federal Republic of Germany for Nevada.