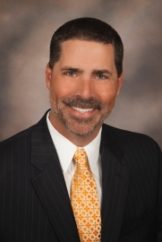 Tom has a diverse roster of clients with a variety of needs, whether it is advising one of the nation’s leading developers and real estate investors on development agreements and master planning large residential and mixed use communities or working with some of the largest multi-family developers in Nevada, including Ovation, Picerne, Calida and Nevada West on sound and compatible apartment and condominium projects. He is very capable in all facets of residential, commercial and mixed use development.

One of Tom’s primary focuses is to lead the Firm’s Privileged Licensing division. He routinely serves as counsel for local liquor licensing approvals for some of the most notable nightclubs and restaurant ventures in and around the Las Vegas Strip, including venues such as Marquee, Tao, Lavo and the Angel Management companies, Hakkasan, Pure, LAX and Social House. Tom also provides expert licensing services to a number of institutional clients including Albertsons, Landry’s, Marriott and Hilton Grand Vacations.

Tom is an active member of the Southern Nevada community. He is a former member on the Board of Trustees for The Discovery Children’s Museum in the Donald W. Reynolds building at The Smith Center for the Performing Arts and has served as Vice President and General Counsel to that organization over the past nine years. Tom and Kaempfer Crowell continue to provide pro bono legal services to the organization as well.

Tom is also widely recognized as one of the top youth soccer coaches for female players in the Las Vegas Valley. He is the Director of Coaching on the girls side for Heat Football Club. He primarily runs the older girls program where he also serves as the Director for the Club’s participation in the Elite Clubs National League which is a league comprised of the top 75 soccer clubs in the country, geared specifically for female players. To date, he has sent over 180 players to NCAA Division I, II, III and NAIA schools, most on scholarship, during his coaching career.

Tom is a member of the State Bar of Nevada, the Nevada Chapter of the American Planning Association (APA) and the Nevada Restaurant Association. He is a past member of the Entrepreneurs' Organization (EO) and has been a faculty member for CLE International's and Lorman Land Use Law Conferences in Las Vegas.