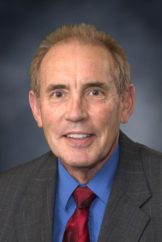 William J. Crowell, Jr. is Of Counsel to the Firm having been one of the most senior members of the law firm of Crowell, Susich, Owen & Tackes, Ltd., a firm that has been part of the legal community of Carson City since 1950.

A native Nevadan born in the southern mining town of Tonopah, Bill earned a Bachelor of Arts Degree in philosophy from Stanford University in 1964, and a Doctor of Jurisprudence degree from the University of Denver College of Law in 1966, where he was Associate Editor of the Denver Law Journal and a member of the Order of St. Ives and Phi Alpha Delta.