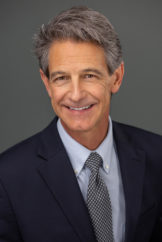 Having practiced in Nevada for over 30 years, Alex J. Flangas is of counsel to Kaempfer Crowell in the firm’s Reno office. His practice areas include complex commercial litigation, construction law, water law and mining law. Alex is former panel member of the American Arbitration Association, and is a current member of the Washoe County Bar Association and the State Bar of Nevada. He has repeatedly been selected by his peers as one of the Best Lawyers in America® for Commercial Litigation, is the current Vice President of the Nevada State Bar’s Construction Law Section, and is an ad-hoc member of the Board for the State Bar’s Environmental and Natural Resources Section, as well as a planning committee member of the Nevada Water Resources Association.

Alex concentrates his practice on commercial and business litigation, most often in connection with development, construction law, and natural resources. He has assisted clients in land use matters involving permitting and licensing applications (zoning, master planning, special use permits) and has been actively involved in water rights transactions and litigation in Reno and Las Vegas for more than 30 years. He served as lead counsel for the private developers and Washoe County in connection with the hearings and appeals involving the Truckee Meadows Project from 1989-1992, one of Nevada’s first large-scale interbasin transfer hearings, and he was actively involved in working with and handling matters before the last six of Nevada’s State Engineers in connection with water rights applications, permits, certificates and formal protest hearings including the current State Engineer.

Alex has tried cases before judges and juries in both State and Federal courts, and has been involved in administrative hearings and proceedings before the Nevada State Engineer and the Division of Water Resources, as well as county commissions, city councils, and various other State courts and local administrative boards and bodies in Reno, Las Vegas, Carson City, Elko, Fallon, Douglas, and other rural Nevada counties. He has also briefed and argued cases before the Nevada Supreme Court and the 9th Circuit Court of Appeals.

Founding and continuing Board Member of The Give Hope Foundation, which is a Northern Nevada charity formed in 2001 that provides immediate financial assistance to families with children suffering from catastrophic illness.