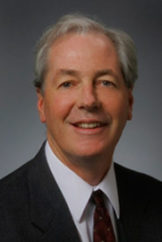 Steven E. Tackes is a Partner of the firm and practices primarily in the areas of business law, technology, aviation, administrative agency law and estate planning.

Steve excels in assisting clients in the areas of estate planning, trusts, wills, and probate.  He has honed these skills via active practice in this area for over 25 years.  Steve has drafted and reviewed thousands of estate planning documents, for a myriad of client needs. He has appeared in nearly every judicial district of Nevada and is widely respected for his competence, common sense and efficiency.  Steve monitors or participates in all legislative changes to Nevada law in this practice area.  Steve holds an “AV” rating from Martindale-Hubbell, the highest professional excellence rating.

Steve is chair of the firm’s Aviation Division, providing strategy and legal services in the areas of airspace, unmanned aircraft systems (“UAS” or “drones”), and autonomous vehicles. With a background in physics and technology, and years of experience working in the aviation field, Steve is ideally suited to assist clients with navigating regulatory matters in achieving success. He is a frequent speaker on aviation issues, and advises airports on FAA funding and compliance matters.

A specialist in complex technology matters, Steve is also recognized as one of Nevada’s leading attorneys in emerging technology law, telecommunication law and energy law. In telecommunications, he has particular expertise in IP communications, regulation and business opportunities in cloud services, as well as, negotiation and litigation of interconnection agreements between and among telcom companies, Internet service providers and governmental agencies. On the energy front, Steve has been an active participant in energy cases since 1985 involving Nevada’s largest energy utilities, advocating demand response and energy conservation solutions to meeting Nevada’s load growth, as well as working with established energy companies and prospective geothermal, wind, solar and biomass operators.

Steve has successfully represented clients on matters including wireless carrier certification, establishment of competitive unbundled network elements, the determination of carrier performance metrics on services provided to other carriers, carrier interconnection complaint matters, and a variety of merger, acquisition and compliance matters. His practice includes wireless, broadband, WiMAX clients and telemedicine clients. In energy matters, he has successfully represented MidAmerican Energy Holdings Company (a subsidiary of Berkshire Hathaway) with their $10 billion acquisition of NV Energy, the primary energy utility in Nevada. Steve has also advocated client positions for customers, competitors and vendors in the NV Energy Integrated Resource Plans which include short term and long term planning. On a geothermal lease matter, Steve defended financial institution interests, including a successful appeal to the Supreme Court which solidly resolved the matter for our clients. In recent solar matters, Steve negotiated a commercial demonstration project which was designed to save the property owner 30% of his energy costs while also creating shaded parking for commercial tenants.

While many of Steve’s clientele are national or internationally based technology companies, he also practices general business law for leading local companies, and has considerable agency representation. His expertise spans transportation, governmental licensing and compliance, strategic planning and team operations.  Steve loves his expertise areas and enjoys collaborating with clients to reach their goals.  Every goal and every problem has many solutions.

Steve is past chairman of the Carson City Airport Authority and currently serves as counsel to the Authority as well as counsel to the Nevada Airports Association. Due to his extensive experience in airport procedures, Steve is a regular speaker at aviation seminars and is conversant in FAA regulations and airport operations. He is a founding director of the Carson Tahoe Regional Healthcare Foundation Board and remains an active member of their finance committee. Steve has served as a part-time emergency medical services instructor at Western Nevada College.

A proud parent, Steve takes an active role in the lives of his amazingly talented children (they get that from their mother).

Steve is a member of the Washoe County Bar, First Judicial Bar Association and the Association of Telecommunication Attorneys. He is also licensed and instrument-rated pilot, a former state certified emergency medical technician (EMT), and state certified EMT instructor, as well as a longtime ski instructor and snowboard instructor. Steve holds a WTF Taekwondo black belt certified by the Kukkiwon, is certified by the United States TaeKwonDo Union and USA Taekwondo Association as a tournament referee and a national coach, in addition to serving as counsel and a senior instructor for Grand Master Chi Duong, Chi Kwan Tae Kwon Do.

Steve is certified as an Arbitrator in the Court-Mandated Alternative Dispute Resolution, and has served as a Court appointed Arbitrator in the First, Second and Eighth Judicial District Courts since the program was founded in 1992. He is also certified by the Nevada Supreme Court and the Nevada State Bar as an Attorney Mentor in the State Bar program to mentor new attorneys on ethical and practical aspects of the practice of law.